Bristol has always championed Street Art and is widely recognised as a centre for urban culture in general. But on the 18th of August, for three days, Bristol was the venue for one of the most ambitious art projects in the world. Over twenty internationally recognised street artists were invited to “See No Evil”, a public event to transform a run down street in the city centre where ironically, or perhaps deliberately, the police station used to be.

For that weekend Nelson Street became a huge street party. Two weeks on and what remains is a striking outdoor exhibition of some stunningly original art. Office workers strolling too and from sandwich shops now mingle with wide eyed tourists and residents eagerly taking pictures on their camera phones. Nelson Street has gone from being a gloomy entrance for the shopping district to become a destination in it’s own right. Not only that, it is now a starting point for people wanting to find more – their eagerness to discover hidden art is making them more aware of the city itself.

For all Bristol Council’s flaws (and their are many), it’s encouragement and indeed funding of urban art events such as this is transforming the city. I don’t think covering walls in creative graffiti is the answer to inner city regeneration, but it’s got to be a little more inspiring than simply building more shopping malls. See No Evil official site. 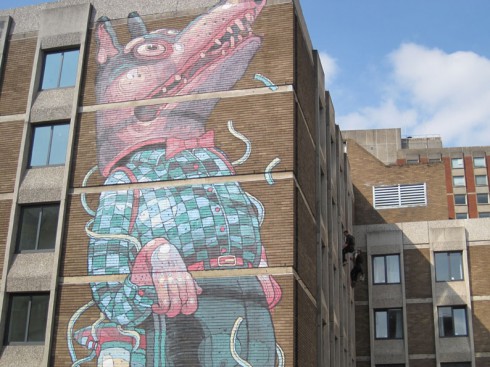 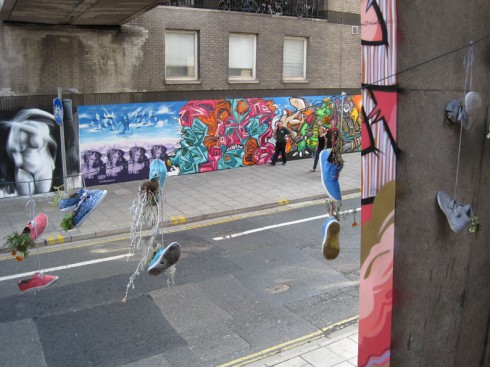 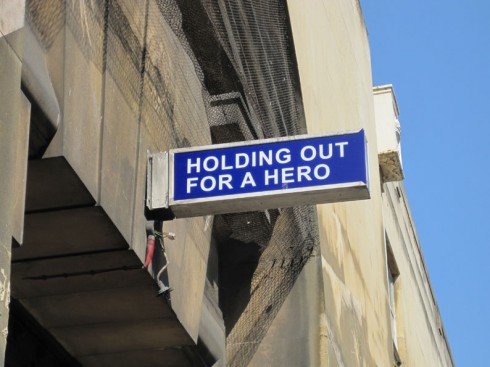 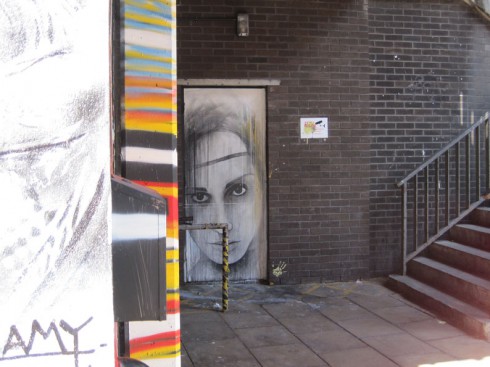 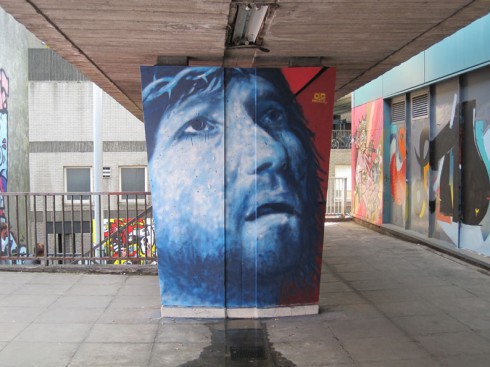